The University of Birmingham Engineering RFC are one of three rugby clubs within the University, offering the opportunity for players of all abilities and courses to enjoy rugby. The club has embarked upon an ambitious project to expand increase its player base to field a development squad as well as a 1st XV.

The Wavemar support has enabled the club to purchase a first team playing kit, additional equipment and the opportunity to attend more RFU events.

Chairman James O’neill explains; “The University Team is attached to the ‘West Midlands Pool’ allowing the freedom to arrange games with other University teams offering its members exposure to higher level rugby whilst allowing games against local teams if no university fixtures have been arranged”.

O’neill continues; “The support from Wavemar has enabled us to provide a level of player support, training and fixtures that this club has never previously been able to offer. With their help we have boosted numbers from 50 to 80 in one year and have had our most successful season in our history, beating teams such as Harper Adams and Warwick Uni as well as going on our first international tour to Malaga.” 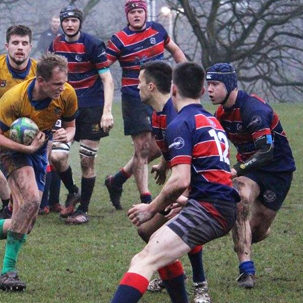